You are here: Home / About / Our History

In 1890, thirteen young “ladies of society” came together to form The Service Club of Chicago (SCC). Inspired by Jane Addams’ Hull House, these women decided to use their influence to lend assistance to the less fortunate. In the very early years, they began their work with a modest sewing circle, creating garments for the children of the Stock Yards and the University Settlement.

By 1894, the women were fully organized and incorporated as “The Service Club”, and their motto, “No one is greater than the service she renders the world,” was adopted. Soon the sewing circles were abandoned, and The Service Club’s focus was giving to individuals and families, especially immigrants as Chicago was a major immigration hub of the era. Fundraising was accomplished through various means including bazaars, the sale of a SCC cookbook, and an annual revue.

However, as successful social service agencies were established to meet the needs of the city’s underprivileged citizens, The Service Club of Chicago’s Philanthropic Committee consciously shifted their focus, and began giving large grants to a few agencies rather than small gifts to many individuals. Grants were awarded to as many as sixty organizations every year. Subsequently other fundraising events were added including the annual gala, The Bal Musique, presented by members of the Chicago Symphony Orchestra, and The Stadium Spectacle, featuring The Harlem Globetrotters.

Since 1890, The Service Club of Chicago has allocated thousands of grants to Chicagoland agencies. Today, social charity events are still the leading source of revenue for The Service Club of Chicago’s fundraising efforts. We rely on three major annual events, our Hat Luncheon, Day on the Terrace, and Fall Gala to fund the majority of our Philanthropic Program. Recently, an Individual Giving, Legacy Society, Matching Gift and Corporate Gift program were also added.

The goals, determination and mission have not changed in over 130 years. Today, The Service Club of Chicago continues to play a major role in the life of the city, and our grants directly impact over 100,000 lives locally every year. 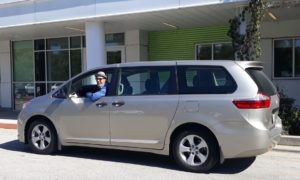 The Service Club of Chicago is a charitable organization of women which has continually served the charitable needs of Chicago and its surrounding communities since 1890.

Learn more about us